Well if you follow me on Twitter you might’ve come across some tweets about a good conversation I had with Bob. And now, it’s finally time I get to tell you all about my friend, Bob.

Most of my life I’ve had thoughts about the White Sox. I internalize it all because my close friends don’t follow any sports like I do. When I find guys that will talk to me about something, a lot of times I feel talked down to and left feeling dumb for what I said.

When the roles are reversed and a guy says the same thing, it’s met with more of an “I disagree” followed by the conversation I really wanted to have. And oddly enough, they can’t take a joke.

I fear expressing my thoughts because I’ve been conditioned to feel embarrassed, like what I might say is dumb. And not to mention the internet is pretty brutal. This has been like a cloud hanging over me and I finally gotta address it.

I was introduced to WST this year (S/O Svo of course) and I still fall into my habits. I’ll admit, since starting SouthSide Behavior, I’ve gained some street cred. But #NeverForget that guy ripping a drunk cig in the 500s hitting me with a “I didn’t really think you actually know like a lot about the White Sox” and despite whatever that was, I’m still restraining myself from saying what’s on my mind.

Sitting on the sidelines around these parts, I started to kinda pick up on some cynicism which, hey, I don’t blame anyone for feeling that way. But I try to stay upbeat about everything, and if it’s god awful, I’ll try to “make a funny” and lighten the mood. But this season? I’m straight salty and occasionally a hater.

But then I met Bob.

I asked Bob if it was alright to write on here what we talk about when we see each other, and he will be the first one to read this. So. Hi Bob! I know I said I would be talking about some stories, but actually this whole blog is dedicated to everything I admire about you!

Bob is 72 years young and I talk with him everyday. How I met Bob is neither here nor there, but the fact that I met Bob is something I cherish. Bob is a calm, cool and collected guy, and very optimistic. Which is crazy considering he’s a HUGE White Sox fan, and so every conversation we have ends up being about #sports.

Seriously, we start a conversation about thanksgiving plans and end up at Liam Hendriks? When I see him, I give him the 411 about what’s going on around here, and I always know he truly wants to listen to what I gotta say. Yes he knows I’ve been a lifelong Gavin Sheets stan, and yes he knows I love Dylan Cease (platonically I swear). 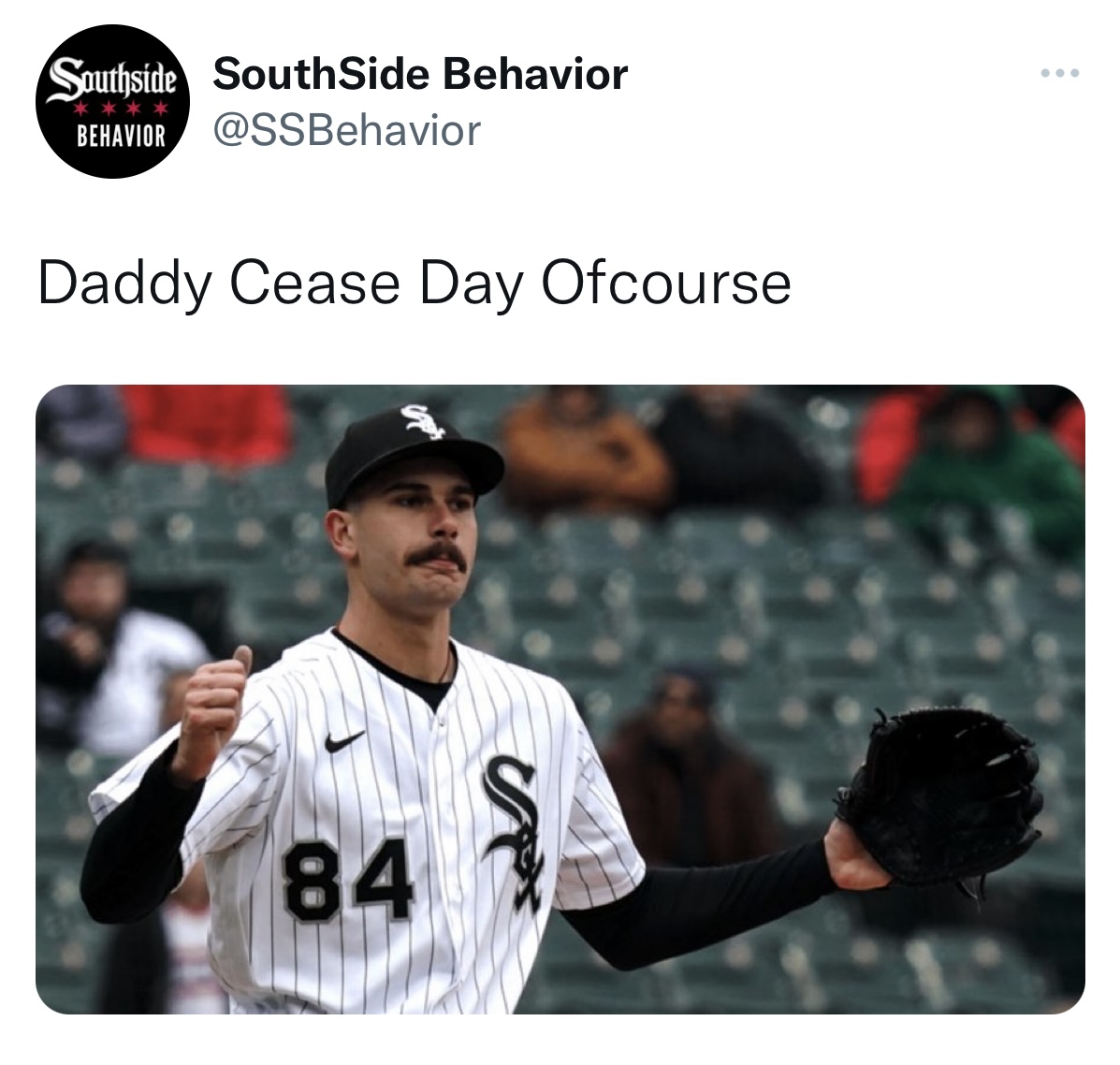 Bob’s got some of the greatest stories I’ve ever heard. From going to the NFC championship in ‘86 to his cool priest friend (big Notre Dame guy) baptizing Tony La Russa’s daughter. This man has lived through some iconic times and I feel as though his life is centered around Chicago and them sports. I think all these things he’s experienced is what’s shaped him to be the Bob who hears me out. He’s the type of fan I try to be.

The other day he came over to me and said “It’s really sad to see Abreu go. All around great guy and I mean everything. For the clubhouse, a first baseman, and he can hit those home runs. He was an electric player and I’m gonna miss him” I said “Me too Bob.” as he walked away I said “Let’s just hope things will get better” Without even looking back he said “They will.”

God darn it Bob (I promised him I’d keep it PG)… how did you do that. I’m standing there with resentment. Mad at the Sox for letting this happen, seeing Abreu in an Astros uniform, ready to go off with him about how much the Astros blow (like as a concept, I hate them). But Bob’s monologue threw all of that out the window.

Being a fan the Bob Way is all about accepting. He accepts things for what they are, reminisces on some good times, talks about what a shame it is, hopes for the best, but in the end? It is what it is. And that’s an amazing attitude to have to not let the White Sox take a toll on me mentally, physically, and spiritually.

So he tells good stories and is a great guy, what’s the big deal here? Well. This is the first time I’m going on record admitting this, but the Bob Way somehow made me get a soft spot for La Russa. He performs miracles this guy.

I think going about being a fan like Bob is pretty neat because he looks at what’s going on on all fronts and with a very caring attitude. Thinking about players in a way that I kinda forget about. Humanizing these athletes.

When he does this I just naturally put away whatever I was gonna go off on and end up being like “oh dang yeah he… he do be goin through it eh?” Instead of what I’ve been doing which is catastrophizing and going off. He’s shown me a very considerate way to try to see what’s going on from every angle. Critical thinking.

He’s shown me it’s kind of nice to be easy going about it all, and just because I’m not going HAM on the takes, doesn’t mean my thoughts aren’t valid. They’re just coming from a different angle, and a different attitude, maybe in a different tone.

Bob is the first person in my life I’ve talked the sports with and felt completely confident in myself and what I gotta say. He doesn’t put me down or talk over me or scoff at a very mild take. We bounce off each other on what we think and there’s no wrong answers here.

But do I get a lil fired up sometimes? I mean yeah this is Chicago.

I’m just not as conditioned as Bob yet to talk with such grace and still have a detailed and nuanced conversation to include an extra layer, being that: who these guys are, in many ways, ties in with what they produce and creates that bigger picture.

I guess this whole thing was a bit deep wasn’t it? But I mean, that is essentially the Bob Way. He taught me to go deeper than surface level and really think critically about sports. It’s very easy to be a negative Nancy these days, and hard to find the positives, or at least accept our situation. That takes a bit more effort. At the very least we’ve got ‘It is what it is.’

In the end, Bob, you’re one of the best people I’ve met and I truly mean that. We (you’ll know who “we” is) love when you come in and talk to us. You always bring a smile to our faces. I’ve always wanted to share how you have impacted something that has always been lingering over me, and I’m grateful for yous in the 108 to let me finally share this.

Bob has begun waving away that cloud over me. This isn’t to say I’m gonna be a sports Ghandi or whatever. I just aspire to be as cool, calm and collected as him cause it seems like Bob’s got the key to not losing it over the series of unfortunate events that is, a White Sox season. Especially my White Sox season.