Skip to content
HomeBeerWhat Are You Drinking? Baltimore Edition

Happy All Star Break, everyone.  I am not sure if you heard, but I was in Baltimore for the White Sox games Friday and Saturday. I was even on the NBC Sports Chicago broadcast both Friday AND Saturday. How about that?

The stadium, city and ballpark experience made for an outstanding trip.  White Sox fans were out in full force all weekend and it was great meeting up with so many fans of our first place team.  One of my plans this season has been to visit multiple cities that the White Sox are playing in and have as many local beers as possible. Then I will report back with the results.  Later this summer I will be visiting Milwaukee and Kansas City……get excited.

For this trip, I have decided to feature seven different Baltimore beers, one for each White Sox W against the Orioles this season.  One thing of note: the majority of the beers from this trip were consumed directly from the can, so the reviews will be presented differently.  Enough talking about Baltimore and the amazing trip, let’s get to the reason why you are here…

This is one of two beers that my dad and I picked up at a random corner liquor store to enjoy in the hotel room during some downtime from the trip.  Raven Beer Brewing is unique in that it is a tribute to Baltimore legend Edgar Allen Poe.  Naturally, this was an easy pick while visiting his hometown.  Tell Tale Heart features Bravo, Chinook, Citra and Simcoe hops.  Additionally, the artwork on the can was unique with an illustration of Poe on the front and included a quote from the story that it was named after.  This was a great beer with lots of citrus flavor and a perfect way to start the trip.

This beer also caught my eye when at the random corner liquor store. It features MLB Hall of Famer and Orioles superstar, Eddie Murray.  The beer label itself features some of Eddie Murray’s career stats as well as a drawing of Eddie’s marvelous flow.  Steady Eddie features green bullet, azaca and sorachi ace hops.  While Eddie himself is HOF all over, the beer was not quite up to that billing.  Steady Eddie struck out looking on three pitches.

National Bohemian a.k.a. “Natty Boh” is another Baltimore staple that I was very excited to discover.  I responsibly had several Natty Boh’s at Pickles Pub across the street from Oriole Park, each one just as delicious as the last.  Even better, they were in 16 ounce tallboy cans with an Orioles themed label! Hot damn! You can not make a trip to Baltimore without crushing several Natty Boh’s.

This was the first beer that I had once inside Oriole Park, it was a lead off home run!  Loaded with Simcoe, Palisade, and Centennial hops, Loose Cannon is the flagship beer for Heavy Seas.  Loose Cannon would easily be my go to beer at every Orioles game if I lived in Baltimore and had O’s season tickets.  To put it in simpler #108ing terms:  Pineapple Guppy is to White Sox games as Loose Cannon is to Orioles games.

This is the beer that I was drinking during the game on Friday night when I was spotted on TV in the 9th.  There had been a lot of #108ing done before drinking Duckpin, alot.  However, the fact that it was the beer of choice while on TV makes it a winner. 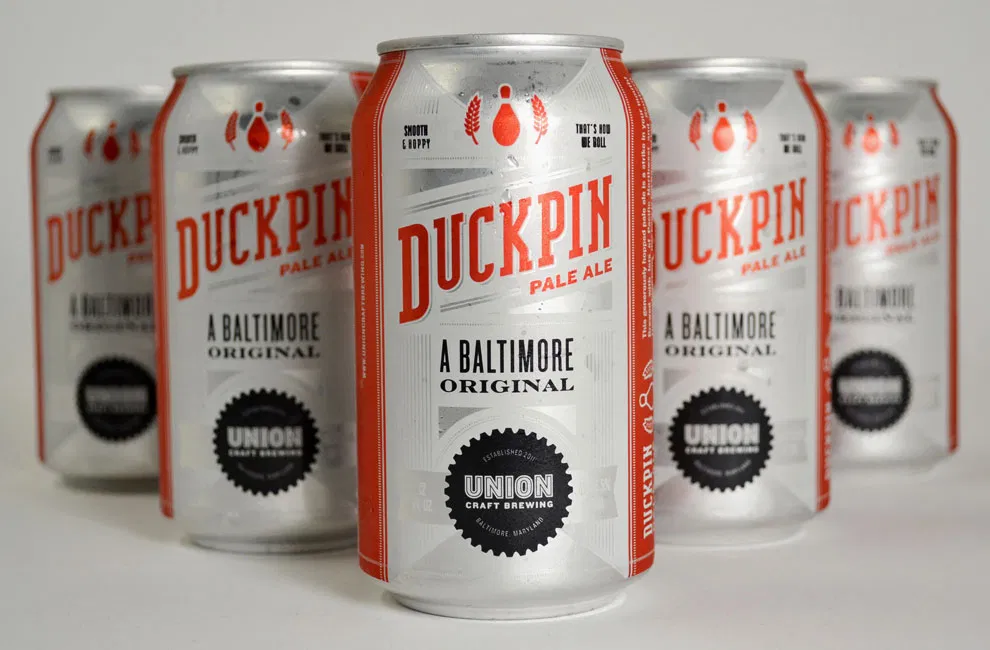 I ordered this beer at the Pratt Street Ale house after visiting the Babe Ruth Museum.  It was a sweltering hot day with temperatures well into the 90’s.  After having walked around the city and visiting the museum, House Beer hit the spot. You couldn’t ask for a more crisp and refreshing beer, especially under the moist conditions caused from the heat.  Check out Pratt Street Ale house and their Oliver Brewing Company beer selection when you’re in town.

Last but not least, I stumbled across the Nanticoke Nectar IPA while pregaming at Sliders Bar and Grill, which happens to be 771 feet from home plate.  I know this because of the giant sign on the building that states as such.  I ordered this one on draft, however, the bartender asked if I wanted a small or a large.  Like, WTF?? Of course I’m ordering a large, why would I order 12 ounces of this nectar when I can get 20 ounces.  Plot twist: IT WAS 32 OUNCES!!!  I mean, WHAT?  Again, no regrets at all, this beer was phenomenal and packed with juiciness.  Make sure to get yourself a large order of the Nanticoke Nectar from Sliders when you’re in town.  Unfortunately, I don’t have a picture of my beer.  The good news is that Steve-O (@drunkchisoxfan) is now the poster boy for the Nanticoke Nectar large beer from Sliders. 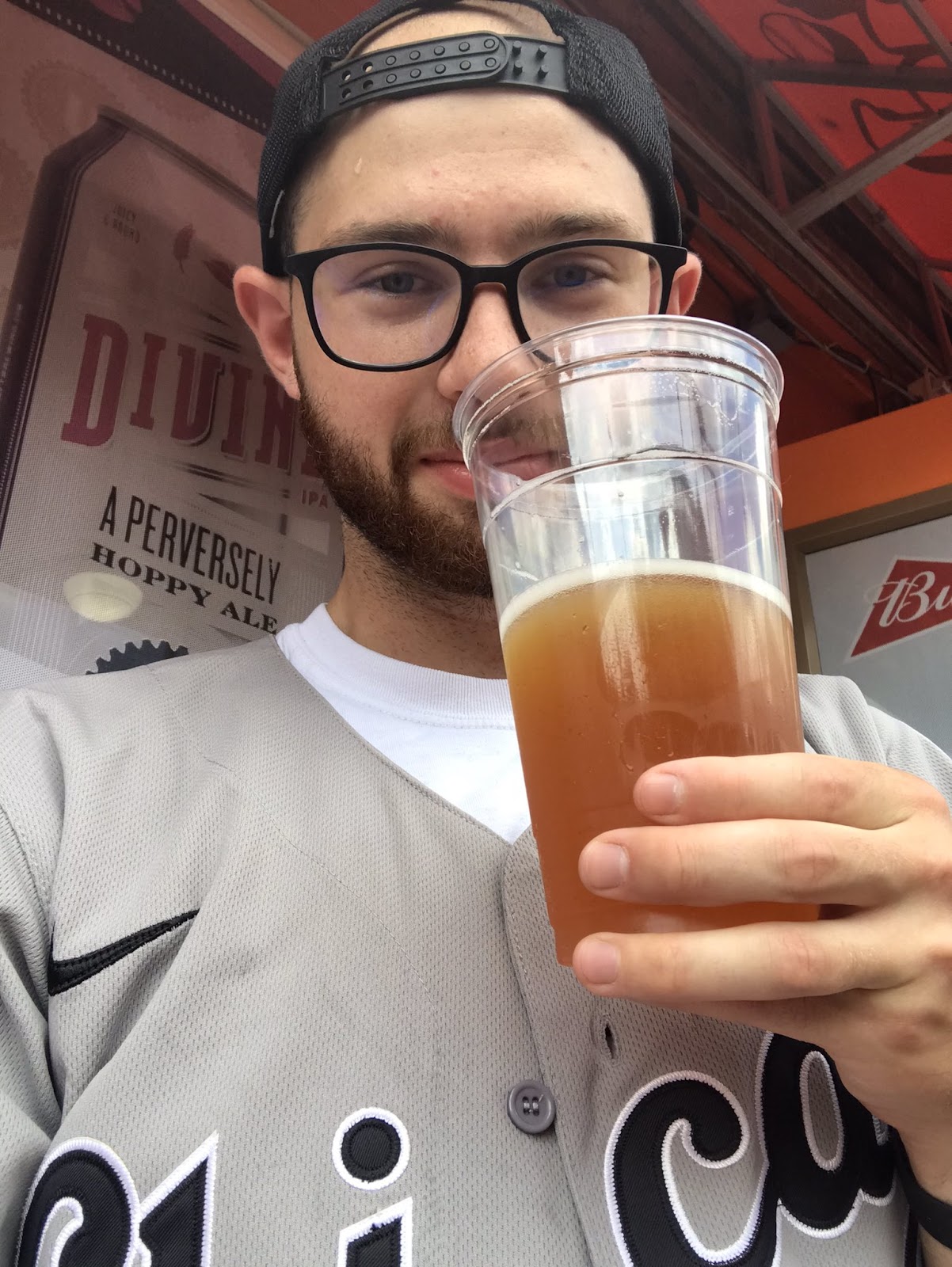 Baltimore is a great baseball city and their beer selection matches the baseball tradition.  Check these beers out and others next time you’re there for a visit. Cheers!