Hello, beer drinking friends and associates, I hope you are enjoying Illinois Craft Beer Week while watching the White Sox take down our nemesis T___s on the road in Minneapolis.  For today’s edition of ICBW I am bringing you a review of a tap room exclusive from the good friend of the 108, Goose Island. 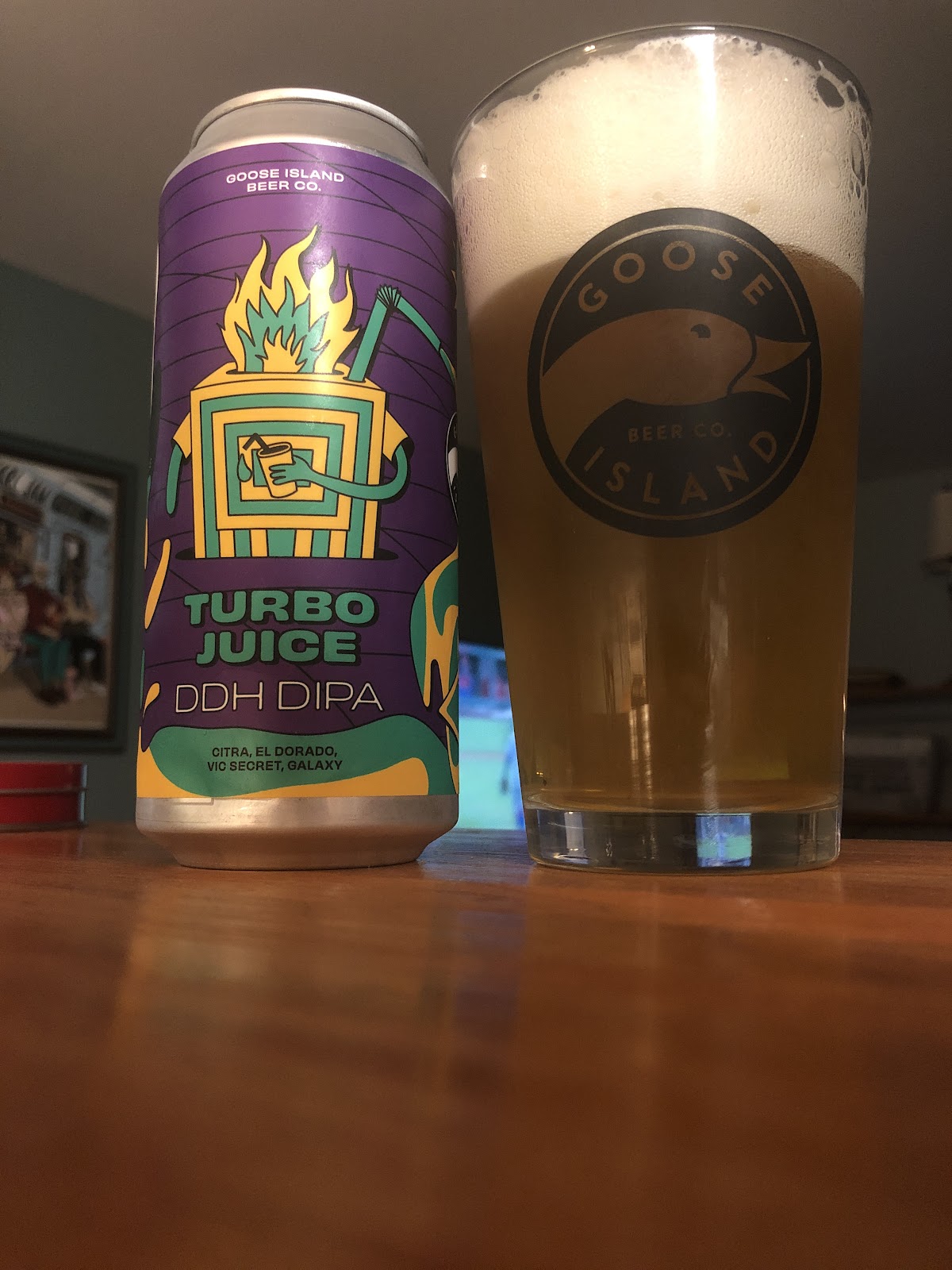 Turbo Juice is an exclusive tap room only limited release that was recently canned by Goose Island.  A DDH Double IPA weighing in at 8 percent ABV Turbo Juice packs a juicy punch for all to enjoy.  Turbo Juice comes hopped with four different hops including my personal favorite Citra hops, as well as El Dorado, Vic Secret (very underrated), and Galaxy Hops.  Goose Island has recently begun producing several varieties of DDH IPA’s to their Fulton Street Brewery, so if you’re into that type of beer (or other beers) go check them out.  Let the juice get loose!

Can/Label- 79/80: One look at this can and I was immediately intrigued.  The green, yellow, and purple color scheme made this artwork truly pop!  The first thing I noticed was a green and yellow juice box with a lifelike appearance.  Also if you look closely over where the Goose Island logo is placed on the label there appears to be a goose in the same colors sipping said Turbo Juice out of the same juice box.  The colors and design of this label are at an MVP level.  (Sound familiar?) 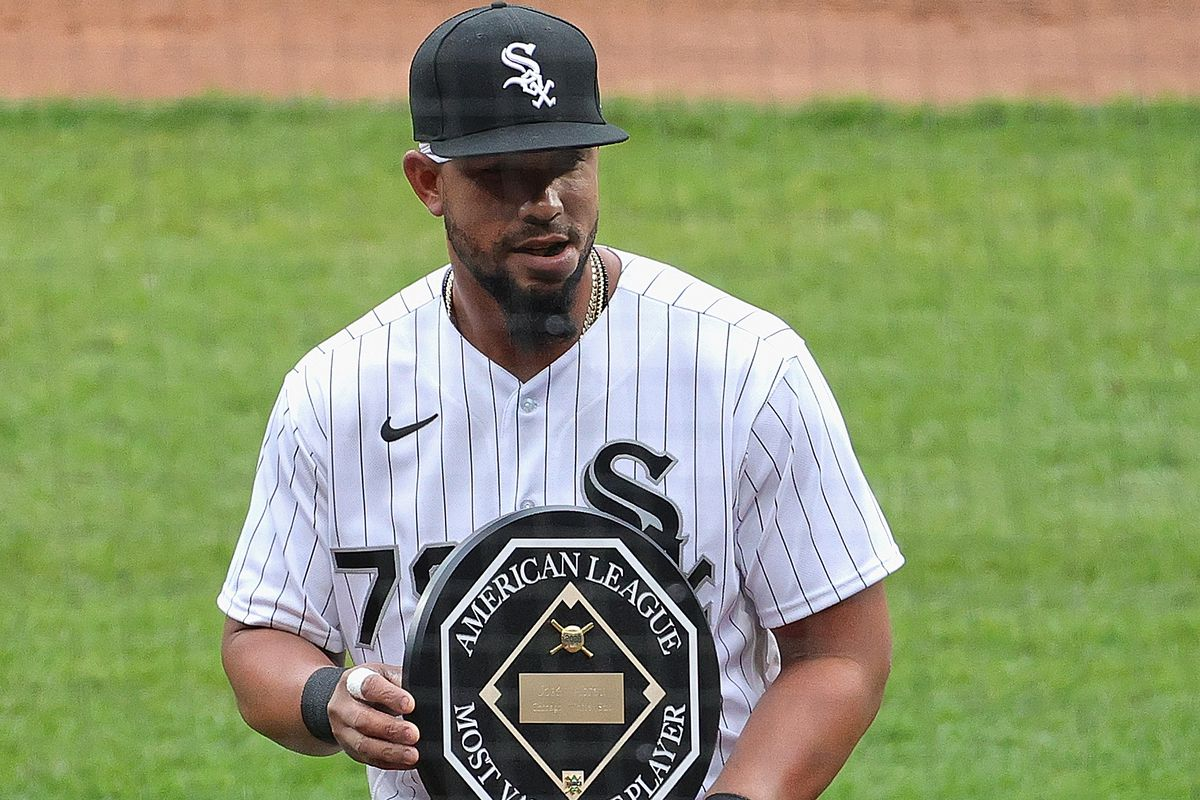 Appearance- 69/80:  Naturally, I had to pour this into a Goose Island White Sox pint glass in order to get the full effect.  The beer itself poured with a bigger head but a lighter orange tint than expected.  The glass, pour, and color of the beer made for a very nice look.

Taste- 70/80:  Turbo Juice while very juicy also goes down very smooth.  For an 8 percent ABV beer one could be fooled into thinking it was a much lower and lighter ABV. (thanks beer label and internet!)  I was able to pick up the notes of all of the different hops while drinking this beer as well.  I greatly appreciated the juicy flavors of a double dry hopped beer without the popular hazy aspect that has become very popular in the beer industry.

Overall- 73/80:  Turbo Juice is a beer that from the label to the appearance and all the way to the taste you can tell has a ton of potential.  I promise you if you give this beer a chance in your lineup you will be very pleased and it may become the talk of your beer friends all over town for quite some time.  Give this beer a chance, have 3 of them and while you’re having a good time with friends take the 4th one and swing away! 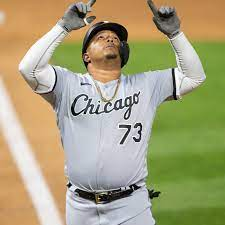